Letter to the Future XVII - The Sweet Quiet of Negative Success

"If you need to be right before you move, you will never win."

Dr. Michael Ryan, Exec Director, WHO
on the lessons from Ebola

Today, New York City announced an 80% increase in cases, in 24 hours. The curve of our detection capacity is, finally, starting to chase the curve of contagion. At 3,000 or so confirmed cases today, we have every reason to expect 10,000 by next weekend, as our national testing capacity comes online. Settling down to a 25% day over day increase for 31 days would mean an increase of a factor of 1,000 a month from now. The unofficial national motto has become 'flatten the curve.'


Italy is currently entering its darkest hour. Doctors there are treating people in hallways, triaging cases by human-years-saved and allocating resources across demand that can't be met. Iran may be darker still.

France and Spain announced this weekend that they'd be taking similar measures. No going out into public, but for food or emergencies. No bars or restaurants.

We see the whole spectrum of human response. Panic buying toilet paper appeared in Hong Kong six weeks ago, today it's Arlington. There are protests in Paris.  Singing between the quarantined on balconies across Italy.

Humans are stupid and beautiful and foolish and resilient.

We're in an out-of-sample moment that evades reliable description by previous experience. Some people will see death near them for the first time.

And simultaneously, for so many millions, the whole thing will feel dramatically overblown. Like any negative-success type outcomes, we have to prepare ourselves for the future criticism that insists that heavy-handed responses were inappropriate.  If our counter measures are successful, we will have avoided more terrible outcomes.

I hope your future is stock-full of such criticisms.

Negative-success-type outcomes are those illustrated by winning a game of Russian roulette. You labor to resolve a social, political, economic puzzle whose best possible outcome is removing rounds from the chamber.

Lots of people will line up to tell you the chamber was always empty. Proving otherwise is something of a Schrodinger paradox.

I encourage you to shun panic, sure; you should know that panic is worthless. But the conceptual isomer of that same philosophy is this:  be suspect of contempt for modelers and thinkers and - yes - experts when they raise their probabilities of something unprecedented occurring.

I have had a daisy-chain of like encounters these past few weeks. People walk around with widely varying opinions of this pandemic and our response to it and it's easy to think that interpreting a person's response is only a matter of listening to them and plotting their opinions on a two directional axis.

But there's a second axis at play that complicates the process of judging popular sentiment. Makes me look sideways at people as they speak.

Sideways because I wonder what they know.  You have your response, and I have mine. But are we responding to like understandings? Do we know the same things?

You are at peace. But with what future outcome have you made your peace?

In fact that spectrum is a coordinate plane. Each with its own extreme. 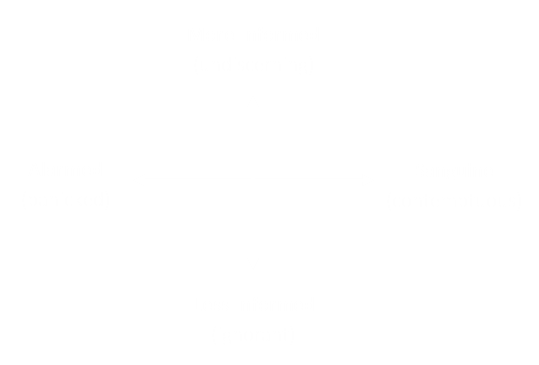 As we move forward in time toward the looming phenomenon whose nature we'd only previously guessed at, our perspectives often converge. As Ben Hunt would say, private knowledge becomes public knowledge till finally, not only does everybody know, but also, everybody knows that everybody knows.

We're not there yet, though the aperture is shrinking. Truths are converging. People are generally going up and left on our coordinate plane, which is good for action and, notwithstanding that we have to keep at bay the extremes that lie off that quadrant too, the sweet quiet of negative success is only possible if people act.

Thinking of you,
Erik in the past